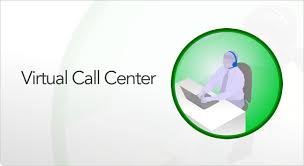 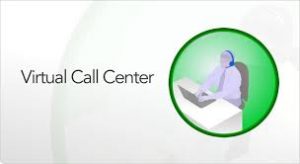 Traditional call center set-ups are such that agents usually work from a particular workstation which may be within a company’s premises or outside of it in the case of outsourcing. The workings of virtual or hosted call centers on the other hand, introduce a dynamic flexibility in the provision of telephony customer service. The virtual customer service model makes it possible for different call center agents to work from different parts of the world at the same time for the same company.

The increasing popularity of hosted call centers has led to what can be described as a ‘virtual call center technology boom’ that has seen more companies developing different call center software to facilitate home-based telephony customer service. In an article titled: “New Technologies Enable Virtual Call Centers Using Home Agents,” Mae Kowalke, senior editor of TMCnet, a leading technology marketing firm, emphasised that: “In fact, creating technologies that enable home-based call center agents has become an industry unto itself.” The myriad of virtual call center software in the technology market have made the hosted system easily accessible, adoptable and increased its benefits.

Virtual contact centers have numerous benefits not only for companies but also for the remote agents. Not only do agents have the opportunity to work from within their own countries and cities, they also can and usually work from the comfort of their homes. Vocalcom, a global call center firm, points out in a publication titled: “Home Based Call Center, the Real Benefits,” that one of the major benefits of virtual call centers is that agents are able to use time judiciously because do not have to commute. They also work according to their own schedules, resulting in high productivity.

The use of distributed agents contact centers have also proven to be a cost-effective home-based technique for providing efficient customer service solutions. A company does not have to spend on acquiring a central office space and facilities to house a call center under the virtual system. In Voip-News article headlined: “AT&T Launches Hosted Call Center Service,” Robert Poe, reported Nora Cheseby Peskin, Executive Director of Product Management at AT&T, as observing that the cost for the use of hosted call centers can be as low as between $100 to $300 all depending on the requirements of a company.

The Vocalcom article emphasised that hosted solution also offer companies the benefit of hiring agents with the right skill sets for the job. Virtual call centers are also ideal for meeting the requirements of responding to customer needs at all times within different time zones.

Other Reasons Why Companies Should Use Virtual Call Centers

Hosted call centers are gradually becoming more effective for businesses than automated or in-house contact centers. A study by US-based Beta Research Corporation titled: “Customer Satisfaction as it Relates to Call-Center Experience,” published on the corporation’s website revealed that most customers prefer to speak to an actual person rather than an automated system.

Findings of a study conducted by market research firm Aberdeen Group on the distributed agent system showed that best-in-class (BIC) companies who were using hosted call centers had recorded gains in their customer satisfaction efforts. The study found over 35% of BIC companies having experienced more than 10% improvement in customer satisfaction upon the use of virtual call centers that incorporated home-based agents and offshoring.

The Aberdeen study also found that most companies were switching from traditional call centers to the hosted ones because the latter offered the combined benefit of being cost-effective and efficient. Over half of all the study’s respondents reportedly said they would upgrade their call centers by adding distributed agents.

The benefits of using virtual call centers are numerous and include cost effectiveness, efficiency, using qualified agents, meeting customer satisfaction and providing customer service from all parts of the world without time zone limitations.